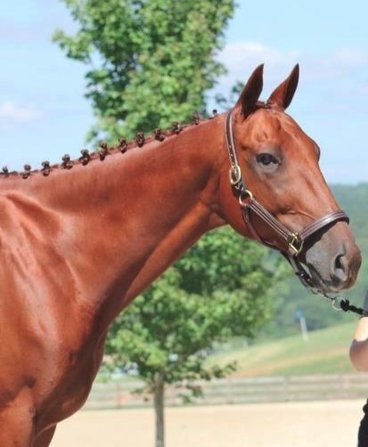 ​Reggie is a quirky and sweet 13-year-old thoroughbred gelding owned and loved by Alex Cole. He was initially bred and raised in Kentucky as a race horse, however, at the age of five he retired from racing and began his new job as an eventer. When he was six years old, Reggie found Alex and they avidly competed while Alex was in high school and college, even winning a national title in 2012. Once Alex began her master’s program in Counselor Education, their bond took a new turn and Reggie began proving himself as a therapy horse. Reggie thoroughly enjoys his newest profession and adores all the attention he receives from his many clients.
When he’s not seeing clients, you can find Reggie sunbathing in his pasture, eating whatever is in sight, and nuzzling soft cats.